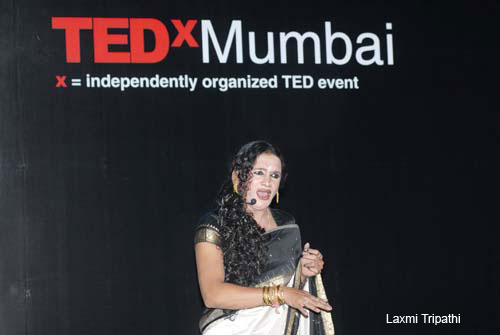 The bleak side of “India Shining”: Some thoughts after curating TEDx Mumbai

In case you didn’t see Love, Sex aur Dhoka (LSD) in cinemas last month, I strongly recommend it when it comes out on DVD. If we are the films we see, then LSD is a timely reminder of the bleak side of ‘India Shining’. I wish I could say that LSD is the underbelly, but the truth is that the film addresses issues that are very much visible on the surface. So I find it weird that many people have found it too shocking after seeing it, or are using this as a reason not to see it. ‘Too’ shocking? Please! Just take the front page of any newspaper and read it while viewing the film alongside, or watch LSD on one screen while watching any news channel on a parallel screen. You will see way more shocking narratives of intolerance and breach of trust and their tragic consequences.

How’s this as an example? At Aligarh Muslim University a ‘sting’ operation is set up by local media in collusion with some officials and students, to invade the privacy of Dr Srinivas Siras, an award-winning senior professor. The 64-year-old Dr Siras is the Chair of its Modern Indian Languages department. (The university incidentally has a full-fledged ‘local intelligence unit’ comprising students, staff and professors, with a mandate to spy on other students and professors to ‘maintain law and order’.) They illegally enter the professor’s home and set up video cameras to capture him having consensual sex with his male lover. The university chancellor uses the captured footage to first publicly humiliate and then sack him, just months before his official retirement. (Perhaps he hasn’t heard of last year’s Delhi High Court judgement that decriminalised homosexuality in India.) Dr Siras appeals to the Allahabad High Court amidst a media hue and cry, including an interview with Barkha Dutt. The court stays his suspension and orders the university to reinstate the professor. A relieved and happy Dr Siras returns to his beloved university where he has taught for 20 years. But the very first night of his return is the last night of his life. He is found dead in mysterious circumstances and investigations are continuing about whether his death is a murder or suicide. His cell phone is missing. Meanwhile Dr Siras’ former wife, who hasn’t met him for two decades after their divorce (their marriage only lasted a few weeks), suddenly emerges on the scene to stake claim to his three-crore ancestral property.

Does this story move us? No? Perhaps we have become immune to the absurdity or the tragic intensity of daily news reports, as they compete for our attention with ‘breaking’ and ‘exclusive’ sagas like Sania-Shoaib or Tharoor-Modi, reality TV soundbytes, and exaggerated soap storylines.

LSD director Dibakar Banerjee grew up in Delhi’s Karol Bagh, a middle-class Punjabi neighbourhood, and his films are a progressive quest aimed at decoding what it means to be modern among the middle-class India of today – the India from which stories like that of Dr Siras emerge regularly. In that sense, Dibakar’s not that different from Ekta Kapoor, his producer. Their values might be radically different from each other, but their works emerge from, and address the same societal rifts. When roti, kapda and makaan needs are satisfied in post-liberalised India (Well, makaan can be quite tricky, as we saw in Khosla ka Ghosla!), the daily struggle shifts to a struggle over morality. Now morality is flexible and contextual, as we see in both Oye Lucky, Lucky Oye and LSD. Which values do you hold on to, and which do you bend? Which do you impose upon others? Which do you murder or get murdered for?

Dibakar’s films reflect the India we see all around us, a negotiated terrain in which the debate over modernity is being played out as a debate over morality. Modernity is certainly not about the possession of objects or the inhabitation of geographical locations. Shruti’s father and brother in LSD are modern in the superficial sense of the full-page luxury housing ads in our city newspapers. They live in the capital of India in a house filled with chandeliers, and electronics, with imported marble and a fancy swimming pool and Shruti goes to college in a chauffeur-driven Mercedes. Yet her own father and brother – men who should traditionally protect her – have no qualms in hacking her to death along with the person she has just married, of her own free will. As they cold-heartedly bury the chopped up bodies of the young couple, I feel a chill going down my spine.

The chill returns on the eve of the TEDx Mumbai conference in early April, which I have helped organise. The conference speakers are eminent thought leaders who have flown in from different parts of India and from abroad. We have decided to host a small pre-conference dinner for them, at the Bombay Gymkhana Club in a private event room called the Far Pavilion. This is the first time that speakers and organisers are meeting together, after months of exchanging email messages and phone calls. The mood is joyous. Suddenly some club officials storm into our room and ask that one of our speakers, the eminent transgender activist Laxmi Tripathi, leave the party. Given that it is a private party and she is an invited guest whose name had been provided at the entrance reception in adva nce, this request is inexplicable. There is no dress code violation or bad behaviour. It is simply a small private dinner. However, the officials insist, and even threaten the Bombay Gym members present that they will lose their memberships if they don’t comply.

We stage a walkout along with Laxmi. Over the next few weeks, the incident is well publicised through a barrage of press stories. Laxmi appeals to the State Human Rights Commission, complaining of discrimination. However, even as I write this column, there is no apology from the Bombay Gym to Laxmi, or even a clarification about what were the club rules that the officials felt were so violated that a guest at a private party was asked to leave. Now, discrimination is not really a new thing. There must be thousands of acts of discrimination taking place daily in our country. But what high-profile incidents like the one above do is enable public dialogue and debate and give the English-speaking upper middle classes a rare chance for private reflection on issues they usually prefer to ignore. Who are we really, as a people? What is the kind of modernity that we imagine ourselves a part of?

I wonder if the Gymkhana’s discomfort with Laxmi is really about gender or about class? Newspaper reports have written about drag performances within the club premises by their rugby team, so it doesn’t seem like cross-dressing is an alien concept to the club. Laxmi speaks excellent English, and has even addressed the United Nations in New York, so it can’t really be an issue about language. (Throwing someone out because she doesn’t speak good English is another can of worms altogether.) But, what about class? Was Laxmi asked to leave because the Gym authorities felt that she simply, wasn’t high class enough? TEDx speaker Rahul Srivastava, who witnessed the Laxmi incident along with me, wrote in his newspaper column: ‘Mumbai has always prided itself on being a city with relatively fewer gates than that of divided and gate-enmeshed Johannesburg. That’s such a false sense of feeling good. Our gates are invisible and equally powerful – all in the mind and implemented through ideology. Far worse.’ I think about how South Mumbai residents in particular pride themselves about how cosmopolitan they are even though on a daily basis, they practise or witness countless acts of discrimination. Laxmi’s expulsion and the club’s shameless silence in its aftermath are but another reminder of the hollowness of this modernity claim.

It is so ironic at the TEDx conference the next day to hear Laxmi talk about the sense of pride she feels on being Indian, on seeking out the Indian flag at the UN headquarters in New York, on being welcomed for her ground-breaking community work at global forums. As the day progresses, I am rejuvenated by the energy of the speakers. They all talk about modern India. But their notion of modernity is infused with a spirit of optimism, an attitude of plurality and a belief that goodness will prevail, despite the odds. It is such a fragile, innocent and beautiful sentiment, and I badly want these stories to have happy endings, unlike the ones of the doomed lovers in LSD or of Dr Siras.

Dr Ganesh Devy of the Bhasha Institute moves me to tears with his plea to stop the murder of Indian languages. “Every language is a world view. Let diversity live,” he pleads. Tiger conservationist, Kishore Rithe is creating holistic solutions with the help of local villagers and children. Zubin Pastakia is photographing Mumbai’s remaining single-screen cinemas, and not through what he calls a ‘debilitating nostalgic lens’ but as sites of productive activity. Nisha Yadav, a TIFR astro-physicist, is decoding the language of the Harappan civilisation, a problem that hasn’t been solved even after a 100 years of research. Rahul Srivastava and Matias Echanove are studying Dharavi as a solution instead of as a problem. They see the slum as a model for the kind of user-generated city that Mumbai could become, and find a parallel for this modernity in congested urban Tokyo. These are all passionate people, who love what they do and believe that they can make India better with the power of their ideas.