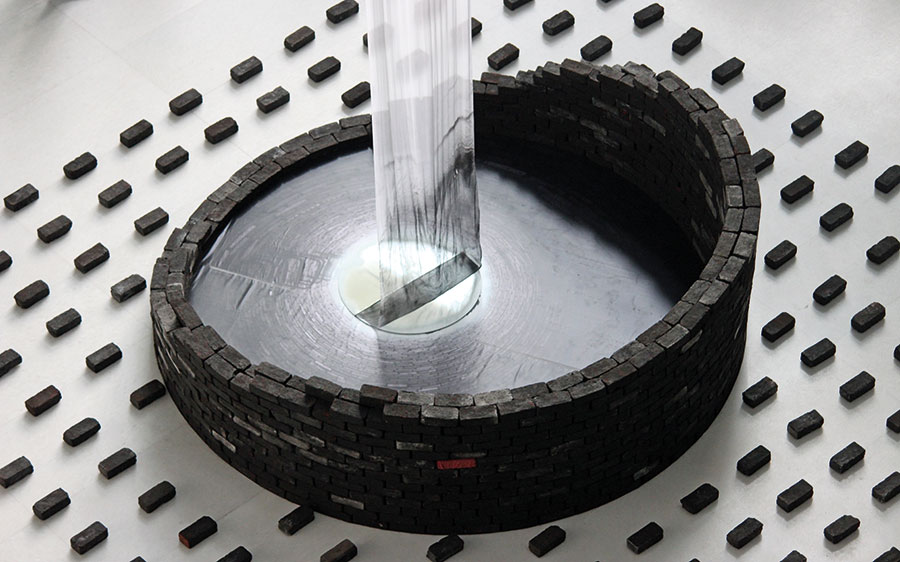 REMEMBERING THE EVENT THAT SHAPED OUR SUBCONTINENT’S HISTORY

By the time you read this, India’s 70th Independence Day will have come and gone. Parades, speeches and the hoisting of flags will have taken place, and just about every brand will have done something patriotic involving #freedom. I don’t mind this, it’s the nature of life in our commercial world, but what I do mind is that we are slowly forgetting the fact that our independence came accompanied by a very sad and tragic event — the Partition.

Dear readers, you might remember that some months ago I had told you about my visit to the Partition Museum in Amritsar, the first of its kind in the world. After I came back, I wondered aloud with my team at our Culture Lab if we could recreate a similar experience in Mumbai so that people in this city too may remember the cost at which our country achieved independence. We decided to take on the challenge and build a pop-up museum unlike anything the city had ever seen — not just in terms of its scale, reach and diversity, but also in terms of emotional power. Now that it’s over, I’m exhausted, but satisfied, that for at least three days last month, we managed to make our city pause and think.

During the process of curating, we reached out to many different people across academia, film, books, art and fashion — all of whom were either doing some work related to the Partition, or had been touched by it. We wanted to create an intense experience through sight, sound and touch. We didn’t want to focus on the history we are taught in schools, the history with a capital ‘H’ that focuses on men, wars and conquests. Instead, we wanted our museum to focus on smaller histories, the complicated and beautiful stories of change told through people’s own voices, especially those that get left out in most capital ‘H’ histories, like those belonging to women and children.

At our event Remembering Partition: Museum of Memories, we ultimately assembled many such microhistories, including objects contributed by survivors from the Amritsar museum’s collection, letters written to grandparents by schoolchildren at Ahmedabad’s Riverside school, photographs sent to us from archives like the Indian Memory Project, Sindhi oral histories from Sahapedia, sound installations made by students of the School of Environment and Architecture, Mumbai, and textile sculptures created by some of India’s leading fashion designers like JJ Valaya, Tarun Tahiliani and Rajesh Pratap Singh.

In an industrial silo put together by the Godrej archives, visitors could touch and feel the first ballot box used in the first elections of free India, while being enveloped by archival footage all around them. In another installation, the viewer could hear new poems on the event being read out by contemporary poets like Menka Shivdasani.

In the centre of our main exhibit area, we built a well of remembrance in collaboration with the team at the Partition Museum in Amritsar, as an ode to the well in their own museum that commemorates the sacrifice of thousands of women who jumped into, or were forced to jump into, wells across the different countries, to avoid being captured or sexually assaulted. The imposing brick structure our team built on-site had been created to convey the illusion of bottomlessness and had a seemingly endless sari streaming towards it from the high ceiling. I couldn’t help but choke back tears each time I looked up, or down.

All these exhibits were accompanied by an intense programme of screenings, panel discussions, poetry and music performances. We wanted multiple voices from across the Subcontinent and not just Indian perspectives. So Sharmeen Obaid-Chinoy, the celebrated two-time Oscar-winning Pakistani film-maker and activist, and artist Salima Hashmi, who is also the daughter of noted poet Faiz Ahmed Faiz, joined us over video chat from Pakistan for different sessions to the great delight of our Mumbai audiences. We also screened Sharmeen’s evocative new Home 1947 films (a part of her installation about Pakistan 70 years after Partition) for the first time ever in South Asia.

From Bangladesh, Tanvir Mokammel, the nine-time National Film Award winner, flew in to screen the worldwide preview of his film Simantorekha (The Borderline, 2017), which looks at the effects of Partition on both sides of Bengal. From England, we screened Gurinder Chadha’s Partition: 1947 (called Viceroy’s House in English, 2017). Then there were the classics — Tamas (1986), Buniyaad (1987) and Mammo (1994) — and what a pleasure it was to have their respective directors Govind Nihalani, Ramesh Sippy (who directed Buniyaad with Jyoti Sarup) and Shyam Benegal with us for a masterclass on post-Partition cinema!

One of my highlights of our museum was the Archiving Partition panel, which featured four incredible women scholars and archivists, each of who was chronicling the event from a different perspective — Mallika Ahluwalia through her Amritsar museum, Guneeta Singh Bhalla through the digital 1947 Partition Archive and the two academics Kavita Daiya and Aanchal Malhotra. Aanchal’s new book Remnants of a Separation is very interesting — it talks about objects that refugees carried with them across the border. We channelled Aanchal’s spirit of “belonging through belongings” throughout our museum.

In the build-up to the showcase, we invited citizens of Mumbai to share their own objects and stories with us, and we displayed several of these during the three-day event. These included a shaving kit a family shared with us, as a reminder of their forefather who crossed over from Dhaka, or a lock from a trunk shared by descendants of the children who saved it as they were smuggled across the border.

As I walked through this people’s museum of objects, my own memories were triggered…. Which friends had I lost in the journey of life? If I had to leave home today, what would I take? What would I leave behind? What is home in the first place? Is it a place or is it a state of mind? What does it mean to belong — to a family, or a country, or an idea?

A powerful performance by soz khwani artist Askari Naqvi, courtesy the Mahindra Sanatkada Lucknow Festival, made me reflect further. Askari performed Awadhi songs of mourning, lamenting all the losses that the citizens of the Subcontinent had to endure together. There was not a dry eye in the audience after he had finished.

The thing is this — 70 years post Partition, there are now three countries that share common borders, a common history, and young populations. How do we all want to move ahead into the future? I feel that while all of us citizens from these three countries need to acknowledge our past, we should also be working together towards a common future — this includes important issues like food security, scarce water resources, caring for the environment and fighting the threat of terrorism together. For this, we need to build bridges, and celebrate those who are trying to do so. We were glad to have some of these bridge-builders with us at our event — folks like Lalita Ramdas, who through her peace activism with groups like the Pakistan India People’s Forum for Peace and Democracy, or Nandita Das who through her films like Manto (2017), are making genuine efforts to connect ordinary citizens across borders.

Music is the ultimate bridge to transcendence. It truly has no boundaries. And we chose to end our event with Kabir Cafe, a fusion band that performed verses of the 15th-century poet Kabir. He rejected the hypocrisy of rituals and traditions in all religions and instead celebrated the oneness of humankind. And as the thumping beats of Kabir Cafe filled our auditorium, the audience spontaneously burst into dance — and just for those few moments, everything seemed right with the world.