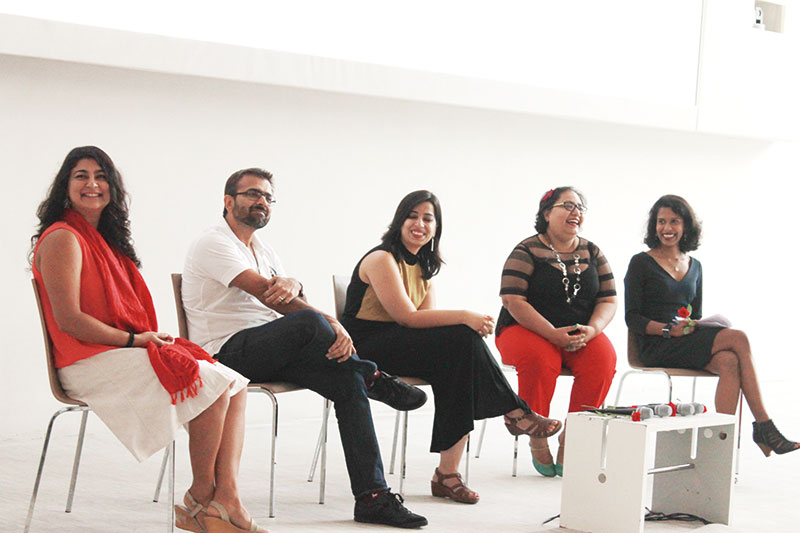 In the India I grew up in, love was an abstract idea, while sex and desire were two flowers coming together at the end of a Bollywood song. Then the 1990s happened, with Baywatch and Oprah Winfrey, Miss India swimsuit rounds and music videos. At least for a certain section of our society, and I reckon this includes many of us, dear Verve readers, satellite and cable TV expanded the boundaries of our erotic imaginations. Soon, the mobile phone gave us an address untethered from our families. It was a revolution. We began to play. It was a different world of SMS and missed calls that besotted us in the late 1990s and early 2000s.

When the internet happened there was another revolution — chat rooms, websites and what have you.

I remember the first time I connected with someone in a gay chat room, it was absolutely thrilling. Some years later, smartphones came along. They were followed by the app ecosystem that surrounds us now. For digital immigrants such as myself, these have all been new worlds that we had to learn to navigate, but there is a young India out there, of digital natives, who are comfortably growing up in this virtual universe.

The question is, are all these technologies fundamentally altering how we imagine love, sex and desire? How are our online practices today — from friend requests on Facebook to the sexy selfies we send and receive on WhatsApp — shaping our search for human connections? These are questions that Vishnupriya Das, our Godrej India Culture Lab scholar-in-residence from the University of Michigan, has been trying to answer through her PhD on dating apps and sexuality in urban India.

We recently assembled a round table in Mumbai, in an attempt to tease out aspects of Vishnupriya’s  research. The cast included Paromita Vohra (whose latest project, Agents of Ishq, is an online multimedia platform that provides a space for people to engage in open conversations about sex), independent radio producer and journalist Chhavi Sachdev from LSDCast (India’s first and only candid podcast about love, sex and dating), Taru Kapoor (India head of Tinder) and Sachin Bhatia (CEO and co-founder of TrulyMadly).

We realised rather quickly that there are many sides to this coin. Everything has a counter trend, making it very hard to generalise. For example, dating apps Tinder and TrulyMadly are hits in India, where there are tensions between conservative and liberal understandings of desire. However, both have taken different approaches to the market. The desi TrulyMadly runs edgy campaigns, using All India Bakchod (AIB) to create provocative videos around ‘boy browsing’, as well as social commentaries on our hypocritical society such as Creep Qawwali, or The Watchboyz video that talks about the ‘walk of shame’ young women take after a night out. Tinder’s ad campaign on the other hand is more sanskaari, with a mother approving of her daughter going out on a Tinder-mediated date. Both approaches seem to be working.

“There is a sense of judgement about dating,” Taru told us. “I think the question for all of us is how do you remove judgement and make it a ‘normal’ Indian conversation.” Both Taru and TrulyMadly’s Sachin were emphatic that online apps have been a boon for women. “Technology democratises access. It has given people more control to navigate. This is especially true for women.”

However, access doesn’t mean expertise. All the panellists spoke about a sharp gender divide between how men and women flirt and express their desires. “Men have been taught since the ’70s to chase the girl until she slaps you. We don’t know how to communicate for love,” said Taru. TrulyMadly sensed a business opportunity here and are even starting a premium counselling service to help men present themselves better. “They can start by putting better pictures of themselves on dating sites,” quipped Sachin.

Another thing that came up during our discussion was the generational divide between users. Generation Z speaks through pictures and emoticons whereas for the older millenials, it is still text. On the other hand, as Paromita said, “Young people find the real world very difficult. Many of them are saying to us that they don’t have close friends.” It is difficult to navigate intimacy in this context. However, at the same time, younger people are dating more. As Taru revealed, there was a big difference even in people in their 20s. “Twenty-year-olds in India today have dated much more than 27-year-olds!” Most dating apps don’t even consider people above 40 as an audience; however Chhavi did say that she had gotten a lot more age-appropriate matches in the past year than ever before, and she was receiving questions from older listeners too on her podcast. So maybe there’s hope that us 40-plus somethings will catch up soon!

There are many other divides in the way we navigate intimacy through technology today — class and caste, for instance, and language barriers for sure. But most pertinently, what emerged from our discussion is that there is yet an inability, or a deep discomfort among people to speak about desire freely. Perhaps we don’t have the vocabulary because our parents never teach us about sex? Or perhaps as Paromita reflected, we have become habituated to speaking “in the language of sexual violence, not sexual pleasure”. So conversations about the meaning of consent for example, are not at all common. “Real liberation is about having agency while negotiating sex and desire — including the choice to not have it at all,” she added. It will take us a while to get there, and while dating apps are certainly useful, “there’s no algorithm to happiness” as Taru so honestly pointed out. One still has to make an effort in the real world.

This Independence Day, I’m mulling over the fact that love needs dependence too. My mind has certainly been influenced by the two books I have been reading in parallel. The first is Alain de Botton’s The Course of Love. To him, love is about what comes after the heady phase of courtship has ended. Much like the second half of Sairat, it is about trials and tribulations, patience and understanding. He writes about a fictitious couple, but they could be any of us actually. They ‘will marry’, he writes, ‘they will suffer, they will frequently worry about money, they will have a girl first, then a boy, one of them will have an affair; there will be passages of boredom, they’ll sometimes want to murder one another and on a few occasions to kill themselves. This will be the real love story.’ Love then becomes about shared dependence, about a willingness to reveal our most fragile and vulnerable selves to the other; empathy when the other does the same, and a doggedness to work through life together.

Siddhartha Mukherjee’s The Gene talks about dependence of a wholly different kind — one that comes from our genes. It is a magnificent sweep of the history, geography and future of genetics, a compendium as well as a prophecy of the hope and perils ahead. If we can read and write our own genetic futures, what are the moral implications of this tinkering? Life ahead will be all about choices based on DNA, for those that can afford them. As Siddhartha asked us in Mumbai, during an event to launch the book, if you knew in advance that your unborn child had a 10 per cent chance of having Asperger’s, but also a 10 per cent chance of becoming the next Steve Jobs, what would you do? He writes in The Gene that in this kind of future, ‘illness might progressively vanish but so might identity. Grief might be diminished, but so might tenderness. Traumas might be erased but so might history’.

After the passing of his beloved father, Abhay Maskara has decided to shut his gallery. It is exactly 10 years after he began it and changed the local contemporary art scene. The gallery’s final show, Time, is on view until September and I urge all of you to go see it. It is a tribute to all the artists and Abhay’s infectious energy, that made the cotton-warehouse-turned-art-gallery — incongruously stuck between local shops on Colaba’s 3rd Pasta Lane — such a fascinating home for the avant-garde.

All the hits are here. Max Stretcher’s gigantic inflatable dolls suspended 50-feet high, works by Narendra Yadav, Shine Shivan, Prashant Pandey and T. Venkanna, Maskara’s prodigy. Venky’s two self-portraits — nudes — feature him looking at us directly while his body is reflected in a mirror opposite. On the other side of the mirror, Andy Warhol is hanging out, almost imperceptibly. Maskara’s energy made his gallery a mini Mumbai version of Warhol’s Factory over the past few years. Now that it’s gone, where will all the renegades go?