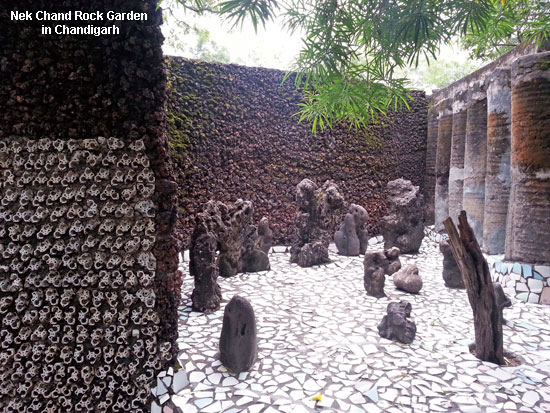 In Elizabeth Gilbert’s sparkling new novel, The Signature of All Things, the protagonist Alma Whittaker, a botanist in the 19th century, ponders over the nature of altruism and self-sacrifice. After studying the nature of mosses for many decades, Alma has written a definitive theory of evolution, that she calls “competitive alteration”, but hesitates to publish it because she cannot understand the nature of kindness that makes human beings act beyond their self-interest. Ultimately Charles Darwin publishes his book On the Origin of Species in which he outlines a similar theory of “natural selection”, but in his book, Darwin smartly sidesteps the altruism question altogether. Throughout the novel, incidents occur that make Alma wonder if there is a supreme intelligence in the universe, a spiritual force, that guides human beings to perform heroic acts of altruism but she cannot get herself to believe in this firmly as she is a woman of empirical science.

The book is a Dickensian epic adventure that crosses continents and time and I highly recommend it. While reading it, especially during the discussion on altruism, I found myself reflecting upon individuals like Mahatma Gandhi and Mother Teresa – people who gave so much of themselves for a larger cause and whose very lives in themselves were sacrifices. I had just spent a weekend in Delhi speaking at events about both Gandhi and Mother Teresa, so I guess thoughts about these two heroes were in any case fresh in my mind.

Gandhi continues to be an enigma more than six decades after India’s independence. The image of ‘the father of our nation’ is on our currency notes and his portrait hangs in every office, yet opinions about him are deeply divided. His private and public life continues to be mined in historical accounts – Ramchandra Guha’s Gandhi Before India has generated such excitement on its release, as does almost every new book on him – and from Munnabhai to Anna Hazare, Mont Blanc to khadi, his ideals continue to be reinvented creatively. All over India, even as many people debate Gandhi’s beliefs and legacy, there are others that diligently follow the path and methods outlined by him years ago, in his attempt to create a better India.

The Gandhi Fellowship is one such experiment that immerses talented urban Indian graduates within rural Indian schools, to create social change by working closely with the headmasters in those schools. The fellowship has been inspired by two core Gandhian principles. The first is Gandhi’s famous quote: “Be the change you wish to see in the world”. The second is Gandhi’s process of action and reflection that he recommended to his followers. The transformation that the fellows bring about while in their rural immersions is good, but what is even more lasting is the change that takes place in their own selves.

I spent a weekend in Delhi interacting with several batches of Gandhi Fellows at their annual retreat and was very impressed by their commitment and their confidence. The divide between India and Bharat is stark and widening more and more. Folks like the Gandhi Fellows serve as bridges between the two worlds. At the retreat I also encountered other individuals who are bridging India’s divides through their work. They included Ved Arya, who obtained degrees in engineering and management from India, and subsequently studied development and environment issues at Harvard’s Kennedy School and Tufts University. He is now running Srijan (Self-Reliant Initiatives through Joint Action), an intermediary that helps governments and NGOs function better for the benefit of India’s rural poor.

Another person that I met, Ravi Gulati, has been nurturing his small initiative Manzil for about ten years. Manzil is a community of young people who come from the lower middle class background in the Khan Market area of New Delhi. Ravi mentors them and encourages them to progress in life. Ravi happens to be an IIM graduate who also spent some time in the corporate sector in Canada, and now, Manzil is what he does full time. Incidentally, Aditya Nataraj, the founder of Kaivalya, which oversees the Gandhi Fellows programme, is also an MBA – from the INSEAD business school in France – who decided to give us his corporate life to embark on his nation-building quest. I also met others, like Neha Buch from Pravah, which is an organisation based in New Delhi that aims to impact issues of social justice through youth citizenship action.

Among the many topics we discussed at the retreat was how to scale efforts to do good and the importance of having a sense of humour while dealing with instances of injustice. I loved the stimulating conversation but at the end of it, still couldn’t fathom why all of these bright, smart, educated individuals, so well poised to make the most of the great Indian middle class dream, did what they did in their lives. Like the character of Alma Whittaker, I simply didn’t have an answer. Just as I cannot fathom why someone like Mother Teresa would work so selflessly over an entire lifetime, to serve the poorest of the poor. As Rukmani Chawla, the author of the book, Apostle of Love – The Life of Mother Teresa, said during our interaction in New Delhi, Mother Teresa’s life was about “service” to humanity. Why is it that some individuals are capable of it while others are not?

In Chandigarh some days later, I visited the Nek Chand Rock Garden. This is an extraordinary space, and I am so envious that the citizens of Chandigarh have it in their midst. More than the well-planned roads, Le Corbusier’s buildings, Honey Singh’s songs or the Geri route, this is what I like the most in Chandigarh!

Nek Chand’s story is another tale of inspiration. Through the 1960s, Nek Chand, a simple government worker, created this entire sculpture garden secretly at night within a government-owned forest reserve in Chandigarh. He was untrained as a sculptor, but using concrete, rocks, broken cutlery and waste material, he assembled a giant miniature magic kingdom. Ten years later, he was finally caught, and when the citizens realised what he had created, they were amazed and flocked to visit. After a lot of debate and citizen support, the Chandigarh city authorities decided to let the garden remain. But this was not the end to Nek Chand’s troubles. He had to keep on fighting court cases against those who wanted to destroy the garden, and, in 1996, while he was on a lecture tour to the US, large parts of his rock garden were vandalised.

But setbacks like these did not deter Nek Chand at all. He simply picked up the pieces, and continued creating what he believed was an important public resource for the city. The garden I visited last month was a beautiful 40-acre paradise of thousands of sculptures, rocks, waterfalls, plazas, pavilions and meandering paths. I feel that after the Taj Mahal, this is India’s second most important monument – a labour of love that is just as significant.

Speaking at TEDxPunjab University the next day after visiting the Rock Garden, I shared the stage with war veteran Major DP Singh. In 1999, during the Kargil war, a shell exploded next to Major DP Singh. When he was brought into the hospital, the doctors first declared him dead because of how badly his body was mangled. By a stroke of luck, a doctor noticed that he was alive. After several surgeries, he managed to survive but his leg had to be amputated. A spirited Major DP Singh decided after the operation that he would not let this deter his spirit. He took up running, and started running marathons all across the country using an artificial limb. His success as a marathon runner has now earned him the sobriquet of ‘India’s Blade Runner’.

It was incredible sharing the stage with him in Chandigarh. Major’s energy was so infectious, as was his laughter! It has not been easy to run. Each step has been one of sacrifice and pain. But Major’s life is no longer his own. It is now a mission to help other amputees regain their confidence. He has created a group ‘The Challenging Ones’, through which he counsels and helps other amputees to “become challengers, not victims” of their fate.

Thinking of Major DP Singh’s story of how he is overcoming extreme physical challenges not for himself, but in order to empower others to believe in themselves, makes me returned to Gilbert’s question in her book. Why are human beings altruistic? Why do we commit heroic acts even when it is not in our interest to do so? Sometimes, like human rights lawyer Shahid Azmi, we get killed in the process. (If you haven’t seen Hansal Mehta’s excellent Shahid, please see it right away.) I am not a scientist, so I am not as skeptical of divinity or spiritual reasons. Perhaps these are the drivers? Whatever they might be, what I do know is that I am grateful for these inspiring altruistic individuals. Through their acts and their lives, they inspire us all to be a little better in the way we live our own lives.

*This is a modified version of my column Parmesh’s Viewfinder that appears monthly in Verve magazine.