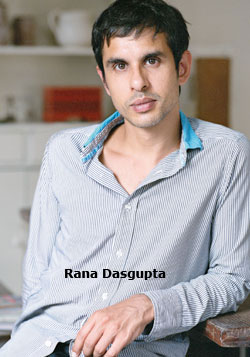 The Fabulousness of the Indian Male: My list of India’s Best Dressed Men

With due apologies to Mukul Kesavan, not all Indian men are ugly, and some of us actually manage to look pretty damn good. Maybe Mukul had a point or two with regard to our habits (nose-picking, crotch-scratching), hair fetishes (moustaches, nose- and ear-hair) or behavioural traits (dullness, meanness), but when it comes to dressing up, there are enough to give our haute ladies a good run for their Birkins.

Here’s my selection of Best Dressed Indian men. Like all lists, it’s random and subjective, based on my observations and encounters. I’ve included men from within India and the diaspora because I think of India as a state of mind and not a geographical enclosure. You may notice that there’s very little Bollywood in this list. This is a conscious choice. India has style beyond Bollywood, and, in any case, most Bollywood men dress atrociously off screen, with their extra long jeans bunched up near their ankles, pointless scarves and indoor sunglasses.

Having said that, where do I start  my list from? Bollywood of course. With India’s sharpest bow tie wearer, Rahul Khanna. At regular parties, he wears his with blue jeans. On the red carpet, he glams it up with a tux. Either way, he consistently hits the high notes. Each time I see pictures of Rahul, I scratch my head in in bewilderment. Why is this man not getting more work?

Like Rahul, Slumdog star Dev Patel has mastered the red carpet. No one can carry off a slim suit with a skinny tie like him; his accessories are impeccable. During Lakme Fashion Week, shoe designer Karan Berry can be spotted smoking outside the main venue. I don’t endorse the habit but his bow ties are always fun. Author Rana Dasgupta also ranks high on my list of sharp dressers. I have yet to see a bad picture of him. Muted T-shirts, bright printed flowy tunics, magazine cover story suit-boot… he aces all his sartorial avatars.

I admire Ratan Tata’s no-nonsense dark suits and elegant ties, and can’t think of any other business leader who exudes more power and grace. But my all-time Indian suit wearer has got to be artist Subodh Gupta. The first time I really got talking to Subodh, we were both in a swimming pool at 2 a.m., at the end of one of those farmhouse parties that Gurgaon is famous for. But before he had discarded his clothes for swimming trunks (generously provided by the host to all guests, in all sizes, at around midnight), Subodh was wearing a gorgeous grey slim-fitting suit with exquisite leather moccasins. His white shirt had a quirky black lining, and there were several buttons casually left open. We spent five minutes discussing my silver Abraham and Thakore chappals. I thought to myself, here is a man who dresses beautifully and also observes the minute details of the world around him. I’ve seen Subodh many times since and he is always eccentrically cool and astutely observant, and both these qualities shine through in his art. Comedian and singer Ash Chandler is pretty much the same back home in Mumbai, with his crazy checked shorts and knee-high socks.

Of course, there’s also the strictly no-tie look, which works on guys like venture capitalist Sandeep Murthy (preppy and minimal) photographer Samar Jodha (I think of him as our rugged desi Marlboro man, with his wild flowing hair…), filmmaker and scuba instructor Homi Adajania (laddish and playful with his fitted T-shirts and colourful sneakers) and fashion designer Hemant Sagar who always wears a Lecoanet Hemant ‘wild dog’ T-shirt inside his electric coloured suits.

Nobody drapes a shawl like author Siddharth Dhanvant Shanghvi. Handicraft czar Rajeev Sethi’s collection may be more vintage and his style more measured, but Siddharth wears his with such dramatic flair! I love Artist Julius Macwan’s trademark skirt and vest combos. Wearing a skirt is as much about the attitude as it is about the aesthetics and Julius gets both right. I also think that singer Raghu Dixit’s lungis are just too fabulous. Colourful kurtas, ghungroos, acoustic guitar… this is what an Indian rock star should look like! Actually come to think of it, lots of our Indie music men dress fabulously, like Swarathma’s Vasu and Jishnu and their ethnic chic, or Randolph (Shaair + Func) with his insane oversize goggles.

I must mention our home minister P Chidambaram here. Years ago, when I was a student at Mumbai’s Sydenham College, Chidambaram came to the Stock Exchange for a seminar. This was just after he had ended his stint as the country’s Commerce Minister. Now it just so happened that we happened to visit the restroom at the same time. While washing hands in parallel sinks, I was amazed to notice the crispness of his well-cut white shirt and veshti, even after half the day had gone by. Whether he is in a simple trouser and shirt combo at a Delhi art cocktail or in a suit on an overseas visit, his composed, precise dress sense is in harmony with his overall leadership style.

I adore band galas and the men who can wear them without looking too stiff. Actor Kabir Bedi and MP Shashi Tharoor button theirs up without looking stuffy. Restaurateur AD Singh keeps all his jacket buttons open and heats up Mumbai and Delhi’s Page 3 circuit. Author Amitav Ghosh does the same on the international literary scene. Louis Vuitton’s Tikka Shatrujit Singh prefers his in velvet and sometimes leaves the top two buttons open; the look fits in well with his overall rakish princely charm. Music composer and Indian Idol judge Salim Merchant wears his with jodhpurs and pointed shoes. My all time band gala favourite has got to be the distinguished Harvard professor Homi Bhabha. His designer togs (custom made from Burlington’s in Mumbai’s Taj Palace) and mesmerising voice combine to seduce you into his academic post-colonial world of hybridity, mimicry, difference and ambivalence. No ambivalence for me at all! Bhabha gets my vote as the most seriously stylish global Indian.

There is a new wave of androgynous dressing coming out of urban India, and I like it very much. In each case, it is a very unique form of individual expression. Take make-up artist and hair stylist Elton Fernandez for example, whose first film, the Onir-directed I Am releases in theatres this month. He came to the world of make-up via a degree in history and political science, and after working as banker and reaching the finals of a Tamil reality TV music hunt. Elton often shops from the women’s department of stores like FCUK, to create a look that’s just right for him. I was first introduced to him by young FTV blogger and theatre director Neville Bhandara. Together, they’re quite a sight for (fashion starved) sore eyes in Mumbai city.

I’ve silently admired the award-winning film director Rituparno Ghosh’s several stunning public appearances in the past year. In February, at the Berlin premiere of the film Aareki Premer Golpp (Just Another Love Story), in which he makes his acting debut, Rituparno made heads turn with his turban, choker, salwar-kameez, lipstick and eye-liner. Was he dressing in character (he plays two roles in the film, one of a gay director and another of a jatra performer) – or was he just reinventing himself in the public eye? Why does it matter? He was (is!) fabulous, full stop.

As some of you may have noticed, men come in all shapes and sizes and with different quantities of hair on our heads. Nitin Nohria, the Harvard Business School dean, and superstar Rajnikanth have both made their baldness into personal fashion statements. Rajni’s onscreen flamboyance is countered by his off- screen simplicity. Here is an actor who is confident enough of his fan following to say – look, this is me, I’m bald, deal with it – and gain legions of even more fans in the bargain. Along with their bald heads, what both Rajni and Dean Nohria both have in common is their simple dressing style. Their jobs are in any case larger than life.

The God of Small Blings

Sometimes though simplicity can get monotonous and happily, there are men who wholeheartedly embrace a larger-than-life persona. I’m thinking of interior designer Naveen Ansal here. He’s big and brawny. He rides noisy motorbikes wearing oversized aviators. When he sees you, he squishes your hand in a knuckle-crunching handshake. Naveen simply loves dressing up! He loves his colours, he loves his accessories and his fashionability is infectious.