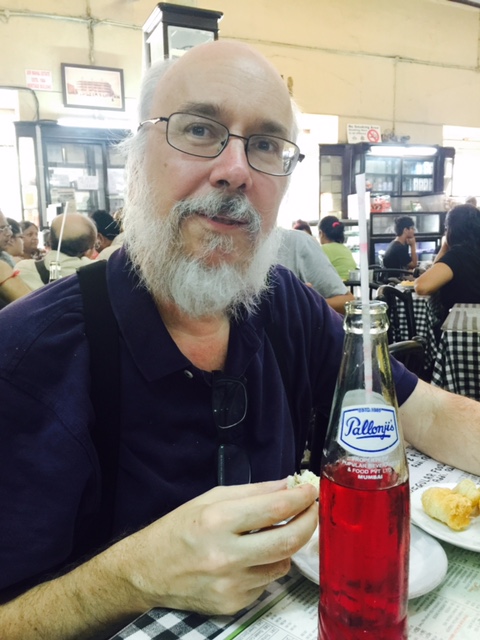 If it doesn’t spread, it’s dead

It was my honour to bring my guru Professor Henry Jenkins to India last month as a visiting Professor for our Godrej LOUD campus tour.  Henry is the founder of the MIT Comparative Media Studies programme, from which I graduated some years ago, and is now the Provost Professor at the University of Southern California in Los Angeles where he does other cool things like being on the board of the Peabody Awards. During our various campus visits, Henry has been talking about the ideas that have informed his work over the past 30 years, so it has been a good exam revision of sorts for me! I want to share some of these ideas with you through this post. To read detailed essays and diary entries from Henry’s India tour, please visit his awesome blog.

One of Henry’s ideas is to think of participation as the lens with which to understand how people consume media. So media is not something we passively consume but actively participate in. The experience is one of co-creation. The second is to think of the digital revolution and especially media convergence as a cultural process, not a technological endpoint. Henry is also famous for popularising the idea of transmedia storytelling — the act of embedding different parts of a story universe in different formats — like The Matrix did with their films, graphic novels, animation series, and video games — and now consumers of this story universe actively participate in seeking out all the different story elements for a richer entertainment experience. Today, Henry’s concepts have been taken up by film producers in Hollywood, start-ups in Silicon Valley, advertising folk on Madison Avenue, and activists all over the world. Henry has also almost single-handedly made the study of fans legitimate, and research that he has been doing for years with Star Wars or Harry Potter fans is now considered gold as the different entertainment, technology and advertising companies try and understand what works and what doesn’t work in a world of rapidly scrolling Twitter timelines and Instagram feeds.

Having Henry around enabled me to take a fresh look at the rich digital media universe being built all around us in India. We spent an afternoon with the AIB (All India Bakchod) team for instance, and I realised just how clever they are, and how astutely they are able to control their own brand, image and messaging, even while reaching out to their fans. Roast or no roast, these guys really know how to do their stuff, as does Vijay Nair of Only Much Louder (OML), their roast organiser, who has built up his own alternate media empire with festivals like NH7 Weekender, a record label, artist management, video production and more. In a world of spreadability, small companies such as OML are often more nimble. They can thus reap disproportionately high rewards.

Culture Machine, which focusses almost entirely on YouTube and other online video platforms as the future of entertainment content, is another company I like a lot. It was founded in 2013 by Sameer Pitalwalla, former director of Walt Disney India, and Venkat Prasad, former product manager at YouTube. What I like about Culture Machine is that they marry analytics with creativity. They have built a very smart intelligence platform that uses big data to help understand, identify and monetise what content resonates with which audiences across multiple video platforms, globally. At the same time they have built their own studio, and network of creative artists, that can respond to the trends they are tracking by creating content around them. Take the example of beauty videos. Culture Machine identified them as a global trend and predicted that it would surge in India. They then quickly tapped into Elton Fernandez — our desi and very video-genic makeup wizard and started a channel for him. Today, Elton has become a huge online video star and his channel has followers from all over the world.

Culture Machine has been doing similar things across genres. Sometimes, they take the local and make it global, like with their Epified Indian mythology videos. At other times, they tap into the global, and fine-tune it to be extremely local. One of their coolest videos is called What If Batman Was From Chennai? I can watch it a million times. It has the global currency of Batman, but some very local elements like a father who is constantly comparing his son, in this case Batman, to the neighbour’s son who has a job in IT. I feel that Culture Machine, OML and others like them, will be strong challengers to the big media companies in the future.

Henry is also very particular about the difference between participation and interactivity. Interactivity is what we do with gadgets. We press a button something happens. But participation involves agency and choice. In today’s world, as Henry notes, people don’t just consume and produce content but they also have a civic imagination and imagine a better world, especially young people. The tools they use for this imagination are often components of popular culture, such as The Hunger Games and its three-finger salute. So Vishavjit Singh, a Sikh in New York, dresses as Captain America and talks to people on the subway about what it means to be on the receiving end of racism and intolerance.

Priya’s Shakti is another innovative multimedia project that creates spreadable content for theme-based activism. It currently comprises an augmented reality comic book, app and videos. The storyline of the first comic focusses on the character of Priya, a devotee of the goddess Parvati who goes through a brutal rape and then has to face stigma after the ordeal. When goddess Parvati learns of this, she is shocked. Inspired by the goddess, Priya breaks her silence and inspires thousands of other women to do so too. While the origins of Priya’s Shakti are in New York, they are collaborating across continents. My friend, the brilliant documentary film-maker and writer, Paromita Vohra, is going to pen the next installment in the series and I can’t wait to read it. I’m also waiting for my new friend Ritesh Mehta, who Henry advises in LA, to finish writing his thesis about the links between Rang De Basanti, and the popular Anna Hazare and AAP movements.