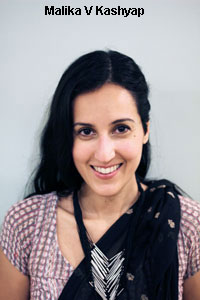 I have become addicted to the new Zee TV reality show Connected Hum Tum which documents the lives of six women living in Mumbai. Unlike other reality shows like Bigg Boss, Emotional Atyachaar, Splitsvilla or even Roadies, the format here is different. The women around whom this show revolves were each handed cameras and asked to film their lives for six months last year. So what we get to see is an edited version of those thousands of hours of footage, as captured by their own selves. Mata di chowkis, beauty parlour visits, wedding sangeets, siblings, in-laws, landlords, ex-husbands, workplace woes, managing the domestic help, and stuffed toys in almost each of their homes we encounter (we are undergoing a stuffed toy epidemic in this country, seriously!) – it is riveting to watch – as entertainment and also as a lens through which to view just what it is to be a woman in the urban India of today.

As the show’s host Abhay Deol says at the end of episode two, when we live in cities, we can see many small windows in the buildings opposite us. Some apartments have lights, some are dark, some have TVs playing and from some, we can hear the sounds of birthday parties. This show allows us to enter six of these homes for an extended period of time, and through their lives, learn more about ourselves.

The series has been directed by a friend, the cult documentary filmmaker Paromita Vohra. It is several miles ahead of anything else that is on Indian TV right now. Paromita’s films (like Partners in Crime, Morality TV and the Loving Jehad, or Q2P) have all tended to focus on gender issues in some form or the other, and this, her first TV show, just like her other work, blends seriousness and humour very well.

Among the characters the show follows is a lesbian activist who shares an apartment with her twin sister. Then, there’s a married dentist who has to do household chores and take care of her son while her husband spends most of his free time watching TV or sleeping. A third character is a Mumbai newcomer who goes through the grind of finding PG accommodation, taking acting classes and going for endless auditions. Red FM’s radio jockey Malishka was perhaps the most well-known of the six women before the series began, but I think they will all become stars by the end of the 65-episode run.

I think of Connected Hum Tum as an interesting participatory media experiment that is blurring the lines between the user-generated content of YouTube and the more scripted control format of network-based reality TV. It’s like The Truman Show, but with Truman as an active participant.

Also, I have found many of the other popular reality TV shows to be aggressive, in their tone, the ‘performances’ of the participants as well as the editing. With Connected Hum Tum, the very premise is of participation and openness, and I find the show to be gentle, tender, funny – in not just what the women choose to shoot, but also how they shoot, and how it is presented to us, as viewers, after passing through an editing funnel. Is this because the filming is being done by women, and that the director is a woman? I think so. The choice to keep an off the cuff, “Ghar ki Lakshmi, Rani Lakshmibai” remark for instance, makes all the difference in adding a light touch to a serious situation. This very lightness is what a lot of Indian women use as a coping mechanism daily.

As I chill out with Paromita one evening, over fruity pulpy wine cocktails at her beautiful and colourful Andheri East apartment, I mull over just how many people in the room are working on this process of documentation. (Birds of a feather have definitely flocked together this evening!) To start with, there’s Nisha Susan, of the Pink Chaddi Campaign fame, who’s now started the extra-ordinarily cool new online space called The Ladies Finger. You have to check it out right away  – it has sections like ‘Vaanthi’, ‘Kranti’ and ‘Ask Iron Maiden’ that will crack you up! Then there’s popular Verve photographer, Anusha Yadav, another friend, whose beautiful Indian Memory Project – a crowd-sourced oral and visual history of India through the personal archives of families continues to win award after award in India and globally.

On a trip to Bangalore a few days later, I catch up with friends like Malika V Kashyap and Shabnam Virmani – both of whom are documenting the present differently. Malika makes me a delicious high tea (Mariage Frères gourmet tea-leaves, fig-cheese crackers) at her gorgeous Richmond Town home-office. It is a languid pre-monsoon afternoon that fades into dusk. The slowness, the beauty and meaningful meandering conversation we have is evocative of her website Border&Fall.

When we think of fashion and the online world, we usually tend to think either of the front row tweeters and bloggers at fashion weeks (We don’t have our own Bryanboy yet, but we do have the increasingly popular Santu Misra and his Devilwore, or we might think of the exploding e-commerce fashion market ranging from a Pernia’s Pop Up Shop on one end to a Myntra.com on the other. (Incidentally I have a wonderful dinner with Flipkart founder Binny Bansal that very night at the new and packed Bangalore edition of Smoke House Deli, where he reaffirms just how well online fashion is taking off, across the length and breadth of our country.)

However, Malika (who earlier used to work as the national retail manager for Tommy Hilfiger and as the brand manager of Filippa K for Canada) has decided to go in another direction. Border&Fall is a tightly curated destination to ruminate and to reflect deeply on fashion. A pursuit of the slow and the thoughtful. I think of it as an important archive to document conversations between India’s fashion insiders. Everyone who matters is on Malika’s site – the key designers, stylists, retailers and edgy patrons – and she has got them to pause, and talk together online in a way they don’t do anywhere else.

This quest for slowness, and for contemplation, is also something that Shabnam Virmani is interested in. As I hang out with Shabnam at the Srishti School of Design, where she is artist-in-residence, I hear a constant stream of yells from the Mallya Aditi school children playing in the ground that her studio overlooks. She tells me that her ambitious 10-year-old Kabir Project is finally coming to an end. She is now in the process of putting together her entire research archive – of songs, images, conversations and films – into Ajab Shaher – a new kind of online destination. The people that will inhabit this online city are singers, scholars, artists and also the “ordinary” men and women of Indian streets and villages. Ajab Shaher will eventually hopefully grow into a dynamic knowledge space on the web that will document tradition as well as the changing face of contemporary India.

While in Bangalore, I pop into the new Jaaga and chill with a glowingly pregnant Archana Prasad, who has just returned from a European lecture sojurn. Since the last time I wrote about Jaaga, so much has changed. They have upped and shifted their entire building to start with, they now have a café attached and are being called to various government meetings to discuss the future of technology. However their basic premise of providing the core infrastructure, and a fun hangout zone to artists, designers, geeks and activists remains the same. I climb over the different floors of the building, look at the structure, the mix of foreigners and Indians – how many journeys are contained within this temporary pop up structure? What is local and what is global within these journeys, or indeed within the idea of Jaaga itself? Could a space like Jaaga be built anywhere else or just in Bangalore? If it were built somewhere else, would it still be Jaaga-esque or take on another flavour?

I mull over similar questions of here and there, global and local, during an event I organise in Mumbai at the Godrej India Culture Lab with Sameer Kulavoor and Lokesh Karekar, the 100%ZINE folks. We do a pop up exhibition culled from the graphic designs contained within their latest zine, called 100%LOCAL, and this is accompanied by a talk by one of my favourite photographers Chirodeep Chaudhari. Chiro’s Commuters book project has stylised portraits of Mumbai citizens taken by him on the city’s trains. Each day, he caught the same local train from Thane to CST and took pictures of the person sitting opposite him. He repeated this for several years. Finally, he stopped one day, when he felt that the book was complete. It is a diffrent kind of documentary of Mumbai city done without the clichés of dabbawalas or Marine Drive or Bollywood. The portraits are truly ‘local’ in their content and scope, which is perhaps why they resonate so much all over the world.

*This blogpost is a modified version of my column ‘Parmesh’s Viewfinder’ which appears in Verve magazine each month.